Many small businesses provide services which find them entering into contracts or agreements with a wide variety of clients. Because of the nature of these relationships, there is always the possibility that you may face a disagreement regarding services or payments. Acting pre-emptively to protect your business can help you better prepare for disputes you might face down the road. 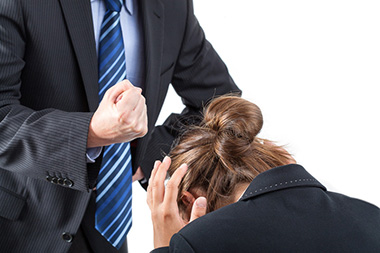 Igor Ellyn, the founding partner of Ellyn Law LLP and a senior commercial litigator, had a lot to say on the subject when we caught up with him over the phone.

When asked how small businesses can avoid payment disputes, Ellyn noted that though it ultimately depends on the specific situation, there are some general steps that business owners can take.

There are ways to gauge the financial position of clients you are dealing with to get a rough idea on their ability or likelihood to pay. Before entering an agreement with another business for example, it would be prudent to check their financial history through their financial institution or through Equifax or other credit agencies.

In short, it's best to do your homework. Individuals or organizations with a shady track record are more likely to cause you a headache than those with a clean slate.

In terms of collecting payment, Ellyn notes that requiring an initial deposit for goods or services is a viable option. "For example, lawyers and other professionals usually ask for a retainer, which is an advance against the fees but not an estimate of them," he says.

A deposit is a good idea for a number of reasons. For one, it is a way to get an initial indication of a client's willingness to pay for services and whether or not you will face problems with them in the future. It also communicates to your client that you have clear payment policies in place and helps form a commitment.

For those who provide clients with services on an ongoing basis, requiring intermittent or progress payment is an intelligent practice.

"A wise thing to do is to bill frequently, whether it be on a monthly basis or any time a client's invoice reaches a certain level, say, $5000, for example," says Ellyn. "That way you can withdraw services if you are not paid and before the balance becomes very significant."

When entering into a business relationship with a client, it is always a good idea to have a written agreement or contract drafted. However, Ellyn says that the business should discuss with a lawyer all the aspects of the business.

"Just having a contract is not sufficient," he says. "You have to consider what might go awry and how to deal with each situation."

This means making sure that the contract specifically outlines everything that is crucial within the business relationship.

"Sales agreements are usually drafted by the seller of the good or services.  The seller should make sure to include terms important to him," says Ellyn. "So if you are concerned with the terms of payment, make sure you provide it in the agreement.  Getting a deposit and progress payments for a longer term project could be key to the success of the transaction."

When asked if small businesses should seek legal counsel to draft contracts, Ellyn said that the size or nature of the agreement will help a business owner make the decision.  A contract involving a lot of money or negotiated terms will require a lawyer to make sure that all the bases are covered.  A small contract may also need a lawyer but you have to weigh what's at stake against the cost of the legal advice, unless it involves a contract that the business will use many times.

"It's really important for companies to have a lawyer draft the contract forms they use all the time," says Ellyn.   "Contract law can be very complicated.  You may not realize why you need certain terms or why some terms should be excluded until you discuss them with a lawyer.  In many situations, making a deal requires negotiations about the price, payment terms, liability or delivery with the other party."

Ellyn also cautioned against copying a form you find on the internet or from a competitor.  "Another company's forms could be wrong," he said, "Your situation might be different.  If a dispute arises, you might have serious problems."  An important consideration in these days when business is transacted across borders is an arbitration or dispute resolution clause.   A seller in Ontario will want to include a clause which ensures that disputes are resolved in Ontario under Ontario law.  The language of these clauses requires legal advice to avoid nasty surprises.

Though having a well-drafted contract is pivotal, Ellyn warns that there is still a chance that things may not go perfectly for you in the case of a dispute.

"No matter how good the agreement is, it gives you nothing more than the likelihood that you could win in court or at an arbitration," he says.

"Business people wrongly assume that if the other party defaults without justification, you'll automatically recover 100 cents on the dollar. This isn't necessarily true," says Ellyn, "the legal process is far more complicated than that.  Few cases are ever ‘black and white' and the cost of the legal process can be very great."

"It's about weighing the risks and looking at the dispute from several perspectives. There is no one-size-fits-all approach to handling business conflicts," Ellyn notes. "That's why experienced litigation lawyers advise their business clients to consider a negotiated settlement as early in the case as possible."

Daniel Kosir was a communications intern at CanadaOne.com.