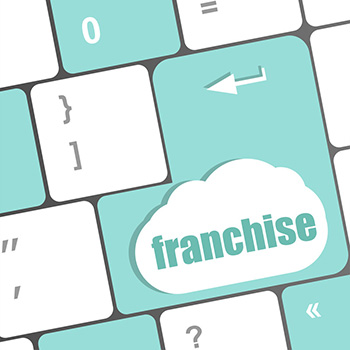 A franchise is a significant investment, so it is important to understand the legal framework in Canada before you invest.

It's equally important for franchisors -- which includes companies that allow others to distribute products or services under their brand and might be inadvertent franchisors -- to be aware of any legal obligations they may have under provincial franchise law.

Ned Levitt is a Toronto-based lawyer who specializes in franchise law. He recently spoke with CanadaOne to help us understand the ins and outs of franchise legislation in Canada and other legal considerations when buying a franchise.

Four of thirteen provinces have franchise legislation in place

Manitoba has passed franchise legislation and is now waiting for the regulations to be completed.

In other provinces and territories, either common law or the civil code (Quebec) is used to resolved disputes between franchisors and franchisees.

There are specific guidelines about what must be provided in the document and when it must be given to potential franchisees.

If there is any material change to the disclosure document after it has been provided, the franchisor must also provide a written statement of the change before anything related to the franchise is signed or any payments are made.

As for the contents of the document, each province's legislation and associated regulations set out what must be included.

A disclosure document will usually include all franchise agreements and financial statements. In addition it will include other information such as:

In Ontario, PEI and New Brunswick the legislation also carries an obligation to act in good faith, and in a commercially reasonable manner.

However, since there is also a common-law implied covenant of fair dealing, Levitt points out that it is not clear if the fair dealings statutes really added much.

Levitt explains that relationship legislation goes beyond mere disclosure and governs the relationship between franchisor and franchisee.

"We have very little of this in Canada, besides a couple of provisions in each of the provinces," notes Levitt.

Disclosure and dealings in provinces without franchise legislation

Levitt points out that there is a disparity between people who buy franchises in Canada, depending on where they live.

“In the provinces that don’t have this legislation, those franchisees don’t get the benefit of this disclosure document by law," says Levitt.

While disclosure is not required in all provinces, Levitt notes that franchisors often provide it anyway.

“Responsible franchisors often provide the disclosure document that they create for the other provinces that have the regulation and provide it to the franchisees in the provinces that don’t, just because its good business practice.”

“Franchisees still have remedies if things go wrong, under ordinary contract law and general law," says Levitt. "It’s just that there is an element of instant action against misrepresentations --. and powerful remedies under these statutes -- that just make it easier than would be the case if you have to go and sue a franchisor for misrepresentation under common law.”

If you operate a business that allows others to sell or distribute products or services that are associated with your company's brand and advertising, you may find that you fall under franchise legislation, even though you have never thought of your company as a franchise.

Levitt cautions distribution companies in provinces with franchise legislation to be cautious and understand the application of the legislation.

“The way the wording of the statute is written -- particularly in Ontario -- it’s so broad the definition of franchise that it can catch companies that are just distributing products and services but didn’t think they were a franchise."

That could be costly to a company that failed to provide the disclosure document required by law because it had inadvertently structured its business in a way that fell under the definition of a franchise.

“If they structure their arrangements in a way that comes under the definition of a franchise they find out to their horrible surprise that they’re a franchise or that they should have given disclosure and they didn’t," says Levitt.

“It’s amazing how many times I’ve had to give an opinion about whether a distribution system was in fact a franchise.”

The key is to structure your business to remove any of the elements that would result in the business being classified as a franchise under provincial legislation.

This is the first in a two-part interview with Ned Levitt on franchise law in Canada. In our next instalment we explore the costs of getting legal advice and how to find a reliable franchise lawyer.

Julie King is the co-founder and publisher of CanadaOne.com®. Connect with Julie on Twitter, Linked In, Google +